On the 17 August the soldiers of the Guard were embarked consisting of 40 non-commissioned soldiers of the 17th regiment under the command of Lieut-Col Despard, accompanied by seven women and five children. Lieut-Colonel Despard's wife and family arrived as passengers, as well as Ensign Owen, Anne Forster and C. Donohue, servant to Mrs. Despard.

The detachment generally appeared in good health, being mostly young men with the exception of those men of the Band of the Regiment.

According to the surgeon, all were in apparent good health, but many looked ill and debilitated from confinement and previous dissipation. Before the ship left Sheerness a young man Henry Hoes, a private soldier aged 28 was attacked with convulsions which continued in successive fits with great severity. He was sent to the military hospital Chatham.

The sailing order was received on the 4th September. In going down the Channel they encountered strong westerly winds with heavy seas causing much sea sickness. As the winds continued the ship put into Spithead where they were detained until 29th September. On this day the winds were once more favourable and they departed Spithead although in the channel they experienced contrary winds until the 6th October.

In his General Remarks Campbell France reported that the voyage was generally favourable and there were few cases of a serious nature. A total of 118 were admitted to the sick list throughout the voyage but most were of a slight nature. The ship remained at Teneriffe for two days where both meat and vegetables were received on board and the water supply was completed.

On the 3rd November convict William Garett aged 30 died suddenly. As there was no convenient place to examine the body cause of death was not ascertained. On the 16th October John Hayes age 17 also died. These were the only fatal cases that occurred.

The Surgeon reported: As is usual in these ships the convicts were kept as much on deck as possible in the day time, and in warm weather a certain number bathed every morning. The between decks and and the men's berths were kept clean and dry in fine weather constantly ventilated with the windsail and in moist damp weather the stoves were in constant use for the same purpose. The weather during the voyage was in general moderate and favourable. In August it was fine and dry in September strong westerly winds and much wet cloudy weather, thermometer ranging from 60° to 70° - in October weather also cloudy and wet - November was generally fine and moderate excepting in the middle of the month there were several days of wet weather, with strong winds. Thermometer from 70° to 84°. The beginning of the month of December was fine and dry towards the end strong gales and wet cloudy weather, thermometer from 70° to 62° degrees. In January 1831 and the beginning of February strong winds with hazy weather and occasional wet days. Thermometer from 57° to 62 °. [1]

The York arrived in Port Jackson on 7 February 1831 with 198 male prisoners. According to the Surgeon, the convicts and soldiers were all landed at Sydney in better general appearance and health than when they embarked on board the York in England.

A muster was held on board on 10th February by the Colonial Secretary. 196 men were mustered, two having died on the voyage and two had been sent to the hospital at Sydney on arrival. The indents reveal details such as name, age, religion, education, marital status, family, trade, offence, when and where tried, previous convictions, sentence, physical description and where and to whom the prisoners were assigned on arrival. There are also occasional notes regarding colonial crimes, deaths and pardons.

The Band of the 17th Regiment was landed on Wednesday 9th February 1831, and the prisoners were landed Friday 18th February. It was reported that among them were a considerable number of strong healthy labourers accustomed to agriculture as well as several good mechanics and tradesmen. The burthen of the York was 478 tons. The Sydney Gazette remarked that this was not the old York but was built in the year 1819 at Southwick in Durham. Captain Leary, the commander, was considered an old and respected visitor to the colony.

The younger convicts were sent to the Carter's Barracks. The men were assigned privately or sent to work on Roads and Bridges, the Dockyard, or to Hyde Park Barracks on arrival.

Notes From The Indents

Grave fears were held for the York after it was later reported by Captain Gilbert that there must have been a mutiny on board, however the reports were unfounded and the York soon returned safely to Sydney having encountered violent storms. 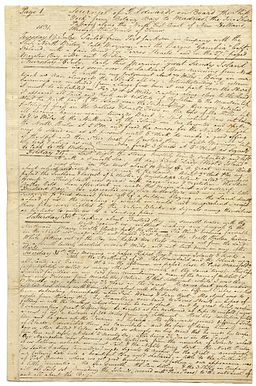 1). Isaac Ray arrived as a convict on the York. The State Library of Victoria hold correspondence written by him from Appin in 1831.......Contents/Summary: Letter of Isaac Ray, written from Appin, N.S.W., to his parents in Britain, 23 November, 1831. Includes description of economic conditions. He mentions a petition for his release, which his parents were going to organise. Isaac Ray obtained his freedom in July, 1838, after having been in the service of Hamilton Hume. He was then a Commission Agent in Sydney and also spent three years on the California goldfields. He returned to Sydney, made some money on the Victorian goldfields, and built a hotel in Dunolly, Victoria, which was later destroyed by fire. He also had associations with Maryborough and Ararat.

2). Convict John Roberts was executed for murder in 1831.

4). Prisoners and passengers of the York identified in the Hunter Valley

Prisoners of the York identified in the Hunter region