Charles Boydell was born in Denbighshire, Wales on 29 February 1808, son of Mary Anne and James Boydell. He arrived in New South Wales on the Prince Regent in March 1826. Other passengers on the Prince Regent included George Townshend, William Hampton Dutton, George Weller and Alexander Park. [1] His name appears in the Historical Records of Australia on the return of lands granted for the year 1826 alongside that of George Townshend, Alexander Park and
Samuel Orpen [2]

He was granted 640 acres and selected land on the Allyn River. His estate, first called Rossett and later Camyr Allyn adjoined Alexander Park's Lewinsbrook. Charles Boydell didn't reside on his grant at first as he was employed as Superintendent at William Carter's Piercefield in the Upper Hunter when he first arrived.[3]

Charles' brother William Barker Boydell purchased an adjoining property to Camyr Allyn after arriving in Australia on the Camden in 1837. He called his estate 'Caergwrle'. Later, in 1844 William Boydell married the daughter of Archdeacon William Grant Broughton, Mary Phoebe Broughton.

Archdeacon Broughton with his wife and two daughters came to Australia on the John in 1829. On leaving England the Farnham people presented him with a piece of plate as a memento of his ministry among them, and in acknowledging the gift, to the chairman of the testimonial committee, its recipient showed his strong affection for the flock he was leaving. 'To the end of my life,' he said,'I shall contemplate their gift with pleasure and pride.' His diocesan, Bishop Richard Sumner, who had succeeded to the See of Winchester, presented Mr Broughton with a private set of silver altar vessels, which many years later he gave for use in the little church of St Mary's Albyn (*Allyn), some 150 miles from Sydney, where a married daughter, Mrs Boydell, had her home. It was from the Albyn River (*Allyn River) estate that one of Bishop Broughton's rochets, now in Sydney Cathedral, found its way to an official resting- place in the diocese. [4] 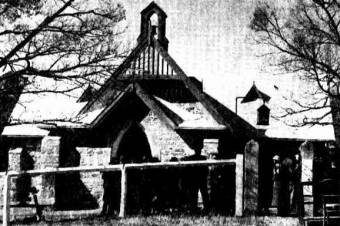 In May 1837, the year his brother William arrived, Charles married Elizabeth Ritchie a daughter of Alexander MacDonald Ritchie and Harriott Mary Dowling and grand-daughter of John and Harriott Blaxland of Newington, Sydney. They were married in Sydney and their first son Charles was born in 1838 followed by Harriett in 1840, James in 1843, Eliza in 1886, Emma in 1848, Arthur in 1851 and Thomas in 1854.

Tobacco was one of Charles Boydell's agricultural pursuits and he probably suffered financially in November 1844 when most of the tobacco crops on the Allyn River were destroyed by the effects of late and continued rain.

Charles Boydell also won a tender to convey mail from Paterson and Gresford but this was not without difficulties. He was sued by Mr. F. Phillips the owner of the punt at Paterson for 6 pounds for the puntage for the mail. Boydell had refused to pay the amount on the grounds that the mail was exempt from paying turnpikes or ferries. As this only referred to public ferries and the Paterson punt had not been proclaimed a public ferry, Boydell was obliged to pay Phillips the 6 pounds.

Charles Boydell was appointed Magistrate in 1834 and was a member of the Stock Protection Association. He was also a member of the district Council at Paterson although the first meeting of the Council was cancelled due to the absence of councilors Boydell, Way and Scott!

In the early months of 1843, the settlers of the Hunter had even more than the devastating drought and depression to worry about. Two natives, Melville and Harry had been terrorising the area for some time. At the station of Glendon, the estate of Robert and Helenus Scott, they had murdered a three month old infant and a nine year old boy after attacking the baby's mother with a waddy. They had also murdered an aboriginal boy on Mr. Boydell's station on the Allyn. On the 10th March Constable Sullivan at Paterson received word that Harry and Melville were concealed on Hog Island in the Paterson River. Sullivan and Constable McGone and others proceeded to the river and ordered the blacks to surrender. The two sides battled for an hour before Harry and Melville were taken into custody by the Constables.


1). Charles Boydell kept a journal between 1830 - 1835....His journal contains: intermittent diary entries between 1 March 1830 and 8 November 1834 in which he records farming and social activities, his travels in the district and further afield to Sydney, Windsor, Liverpool, the Illawarra, and a journey to the Riley family station near Yass; a 'New South Wales Aboriginal Vocabulary collected from Jacky King of [?]' (pages 52a-53a); an account of a battle between two aboriginal groups (pages 75a-76a); an account of 'King Jackey's Funeral', 19 August 1833 (pages 36-38); livestock records; lists of grape varieties planted; accounts and receipts (between 15 February 1830 and 3 November 1835) for payments and rations given to workers including carpenters, fencers and sawyers; copies of letters sent; copy of power of attorney assigned to his father in England; verse; pencil drawings Select here to read the journal of Charles Boydell at The State Library of New South Wales 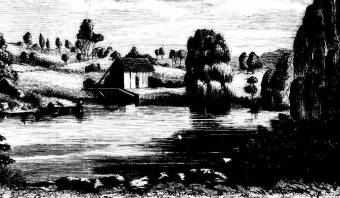 
5). Flintshire Record Office Boydell family, of Rossett, manuscripts Reference code(s): GB 0208 D/DM/289 Held at: Flintshire Record Office.......Administrative/Biographical history: The Boydell family, of Rossett, Denbighshire, lived at Rossett Hall, built in 1750 by John Boydell (1719-1804), publisher, engraver and silversmith, Mayor of London in 1790. The Hall remained with the family until the mid 1970s, when it became a hotel. The Boydell family also held land in the townships of Burton and Allington, in the parish of Gresford, Denbighshire. Thomas Boydell became the receiver of the Trevalyn estate, Denbighshire, in 1795. His son, John Boydell (b. 1768), of Trevalyn Hall, continued as the agent for the estate until c. 1835. He married Ann Golightly. In 1801, Josiah Boydell, of the Cam yr Alyn estate, Denbighshire, leased land in Allington and Burton to John Boydell of Croeshowel, Denbighshire, and James Boydell (fl. 1803 - 1844) of Rossett. James Boydell (b. 1778), son of Thomas (1729-1795) and Anne Boydell, nee Ridley, held lands in Burton and Allington until c. 1844.