Crimes of the Hooghley Convicts

Prisoners to be embarked on the Hooghley in 1827 were convicted in England and Scotland. Among their number were labourers, errand boys, weavers, miners, indoor servants, shoemakers, bakers, plasterers, a sign painter, an iron founder and stonecutter. Their crimes were mostly various forms of stealing and robbery although there were a few sent for other offences -

Samuel Morley, described as a well looking man who had been a soldier and farmer was court-martialled for desertion. Two brothers John and James Budge were transported for rape; William Beck and William Ellingham also for the same crime; Joseph Davis, coal miner from Shropshire sent for breaking an engine. John Bennett, clerk and Robert Smith, baker, were sent for embezzlement and James Gordon for defrauding an excise officer.

They were taken from county and city gaols and sent to the Hulks to await transportation. Robert Tudor and William Hughes were tried in Liverpool on 16th July 1827. They were admitted to the Justitia Hulk on 7th September 1827 and transferred to the Hooghley with many others on 23rd October 1827.

Twenty-four men of the N.S.W. Royal Veteran Corp commanded by Captain Welman formed the guard. Fifteen women and 22 children came as passengers attached to the Guard.

Strict attention to cleanliness both personal and general; free ventilation; every convict was compelled to wash himself every morning in a large tub; each person washed their shirt and trousers each week. He rewarded cleanliness by removing their irons or other indulgences.

During the whole voyage the convicts were on deck and remained there until a short time before sunset which was not only beneficial personally but kept the prison clean and cool previous to their going to bed. The prison was never allowed to be wet unless it got dirty from some particular cause and then no person was allowed in until it had been thoroughly dried by the stoves.

Alexander Nisbet's first case was that of Private Edward Tierney on 5th November while still lying off Deptford. Tierney had become ill with synochus after taking leave on shore the previous evening and becoming intoxicated and did not return to his duties until 26th December 1827.

Alexander Nisbet referred to some of the women and children in his General Remarks at the end of the voyage:

Amongst the women and children embarked, of whom there were a considerable number, slight complaints always existed, chiefly dyspepsia and diarrhoea, but nothing severe. The only exception to this rule was in the case of a poor woman going out to join her husband, who had ulcerations about the ankle that proved very obstinate, healing up in one part once then breaking out in another. She had been long in an indifferent state of health and had come to the ship from a parish work house.

I was compelled to put three of the children on the ship ration list, and to provided them with such comforts as I possessed, each of them being under a years' age and the mothers having lost their milk from the change of diet. [3]

Alexander Nisbet was employed as surgeon on the convict ships Minerva in 1824, Grenada in 1827, Hooghley in 1828, Asia in 1830, Earl Grey in 1838 and Mangles in 1840. He was employed as Assistant Commissioner to the Australian Agricultural Company in 1830 and was a survivor on the Royal Charlotte when she was wrecked in 1825. 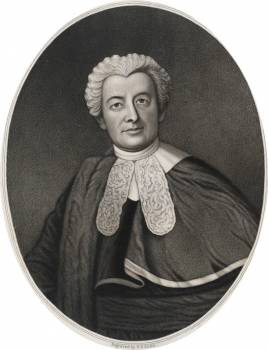 The Standard (London) reported on 2nd November - James Dowling Esq. Judge of the Supreme Court, New South Wales, had a final interview yesterday with the Right Honourable the Secretary of the Colonial Department, preparatory to his departure for Sydney. He embarked yesterday evening on board the Hooghley, Captain Reeves, lying off the King's Yard at Woolwich, and sailed at day break this morning.

James Dowling's son James Sheen Dowling was eight years old when he embarked on the Hooghley with his family. In his journal published many years later he recalled embarking on the vessel and the day they arrived in Sydney.......

It was customary at this time, indeed necessary, as few or no merchant ships traded to the Colony, for the Government to provide passages for Government officers and their families in convict ships. My father for himself and family claimed that privilege, and after inspecting several such ships destined for Sydney eventually selected the Hooghly, commanded by Mr. P.J. Reeves. Her tonnage, 466 tons, was insignificant by comparison with that of vessels now coming to the port. Her complement of convicts was about 100.

We left London in a large coach of a style not now in existence, and crossed old London Bridge to embark at Woolwich. Most of the incidents of that day made a lasting impression upon my mind (I was then nearly eight years old), and well do I remember many of them; for instance I had but just set foot on the deck of the ship when, partly through my own carelessness and that of others, I was knocked into the main hold, strange to relate, by a cable, and the fall well nigh terminated my voyage before it could fairly be said to have commenced. On the 3rd of November a steamer towed us to the Nore, which we left on the 5th November......

After a prosperous voyage of one hundred and nine days we anchored in Port Jackson on Sunday 24th February 1828. During that day my father wrote to His Excellency Governor Darling announcing his arrival, and concluded his letter thus: 'When it suits your Excellency's pleasure to receive me, I shall have the honor to present myself at Government House in such manner, as it may be thought proper to suggest' It was then arranged that a public landing should take place at 2 o'clock on the day following.

My father's own description of what took place on that occasion is as follows: At two o'clock on Monday afternoon the 25th February 1828, I left the ship in a Government boat, under a salute of eleven guns. I was attired in my wig and gown, and on leaving the ship, the military guard under the command of Capt. Welman of the 57th Regiment presented arms, and I passed through a double file of soldiers (the New South Wales Veteran Battalion), the prisoners giving me three cheers. I was accompanied in the boat by Captain Reeves, of the Hooghly, Dr. Nisbet, the Superintendent and Capt. Welman of the military guard.

I landed at the stairs of the Government House lawn and was met at the landing place by the Chief Justice, the Attorney General (Baxter), the Sheriff Carter, and a numerous assembly of Barristers and practitioners of the Supreme Court and other gentlemen. The Chief Justice wore his gown and bands, but no wig. He and I then led the procession to Government House. The day was fearfully hot. [2]

A Muster was held on board by Colonial Secretary Alexander McLeay. Convict Indents include the Name, Age, Education, Religion, Marital Status, Family, Native Place, Trade, Offence, When and Where Tried, Sentence, Former Convictions, Physical Description and to whom assigned on arrival.

There is also occasional information about deaths, relatives in the colony and pardons and there are some interesting remarks that are not often included in indents, so that it is revealed that William Wem had a good countenance; George Morant's blue eyes were very full looking; William Lewis was knock kneed; William Headings was very muscular; Richard Curtis had a long nose and a good countenance and John Duross had a remarkably broad forehead, strongly developed.

Convicts of the Hooghley identified in the Hunter Valley

4. James Dowling was born in London on the 25th of November, 1787. He was educated at St. Paul's school, and became a newspaper reporter in the houses of parliament at Westminster. He then studied law, and was called to the bar at the Middle Temple in the year 1815. He engaged in private practice, and edited several legal works; but, finding progress slow in London, he sought and obtained his colonial appointment. His commission as third judge was dated 6th August, 1827. Judge Dowling received a six month advance on his salary of 1500 pounds in order to defray expenses of the voyage. He was sworn into office by Governor Darling on 25th February 1828. (1)

5. Reminiscences of a Colonial Judge By James Sheen Dowling

8. National Archives - Reference: ADM 101/35/2 Description: Medical and surgical journal of HM convict ship Hooghley from 12 October 1827 to 5 March 1828 by Alexander Nisbet, surgeon and superintendent, during which time the said ship was employed in a voyage to New South Wales.

9. Image of Harvey Welman - An Officer in H.M.'s 57th Regiment of Foot - The Pigott Family of Queens Co., Ireland