The Immigrant's Home founded by Caroline Chisholm in East Maitland was the first public building used to care for the sick in Maitland. This site became known as the Maitland Benevolent Asylum.

The facilities became inadequate as the town prospered and in 1835 when the population reached 1900, Maitland residents petitioned for a new hospital to be built. Funds were an issue and early in 1843 a meeting was called to discuss applying to the Benevolent Asylum in Sydney for assistance for the maintenance of several 'of the convict class'.

By the end of 1843 patients and staff were moved to Hannan House a two story brick building in Hannan Street, West Maitland.

In April 1845 Sir George Gipps approved a grant of a site at Campbell's Hill, West Maitland opposite Boyne's Inn.

The foundation stone was laid by Edward Denny Day on 26th January 1846. In April 1846 the foundation stone that was laid in January was removed from its bed by person or persons unknown, the bottle deposited in it was taken out and broken and the parchment carried away. A reward or Conditional pardon was offered for information leading to the conviction of the guilty party.

The hospital was financed by subscribers, collection boxes, paying patients' donations and Police fines (in one quarter this source could provide as much as £33); and an amount from the Colonial Treasurer equivalent to the amount collected. In October 1847 the Colonial Treasurer forwarded £64/2/4d. In 1847 The Governor Sir Charles Fitzroy visited the Hospital and handed over to the Treasurer a cheque for the 'handsome amount' of £10. Major Innes also donated £2. Benefactors would also donate sheep, wine and cordials for the patients and each year on public holidays such as Easter, Queen's Birthday, and Christmas Day prominent citizens from Maitland and the surrounds would present a special dinner for the patients.

In September 1847 the Building Committee announced that plans for the building of the new hospital would be accepted. The line running east and west inclined 5 feet 4 inches in 80 feet and the north and south line 1 foot 2 inches in 80 feet. The cost of the building was not to exceed £2000 and fifteen guineas would be awarded to the party furnishing the approved plan. The Building Committee favoured a projecting roof and verandahs.

Almost completed by 1849, and considered one of the chief architectural ornaments of Maitland, the workmanship at the new hospital by builder Mr. Ashton was considered excellent with the walls being closely jointed and built of first rate bricks and the mortar used having a very large proportion of lime.

A two story building, it was 86 feet broad by 50 ft deep and a verandah and balcony 9 ft wide ran along the whole front. The back wall was almost 30 ft high and the side walls gradually increased in height owing to the declination of the ground, the front wall being 35 ft high. A verandah and balcony was also situated at the back each 46 ft long and enclosed between two wings. There were 21 rooms, a broad central hall and two cross passages leading to the wards. The upper story was nearly a facsimile of the ground floor except the portion over the front part of the hall was converted into a central room. The ward rooms on the upper floor each had a front doorway leading on to the front balcony which commanded a beautiful view of Maitland and the rich agricultural plains around it bounded by hills in every direction. Altogether there were four wardrooms each 37 ft by 20; 6 rooms of 14 ft by 16ft; 2 rooms of 13 ft by 12ft; 4 rooms of 10ft by 11ft; 4 closets; and one central room of 14 ft by 10 ft. In the whole building there were twelve fire places.

First Patients Admitted to the Hospital

At the quarterly meeting in October 1849 Dr. McCartney asked that the committee consider preparing the new hospital immediately for the reception of patients. The crowded state of the present small and inadequate building (Hannan House) had made it impossible to be kept in a proper state of cleanliness. He urged that patients be moved to the new hospital as a measure of humanity. The building committee agreed to meet Mr. Mortimer Lewis, the Clerk of Works to finalise surveys, payments and finishing details of the hospital and it was resolved to wait for government assistance for the fitting of the hospital with iron bedsteads and other necessary appliances. Meanwhile new rugs and blankets could be procured so that patients could be made as comfortable as possible in the new hospital. It was proposed that patients would be moved there on Wednesday 7th November.

The removal did not take place until the following day when ten patients were moved from the old hospital to the new building. Seven men were placed in the large upper northern ward and three females in the small lower wards. The visiting surgeon and other medical men and the Acting Committee were present at the opening. Unfortunately there were no funds available to provide the patients with the full number of iron bedsteads, however new bedding had been provided for each patient and they were 'placed in great comfort' compared with their quarters in the old building where there were up to twenty-seven patients housed in overcrowded unfavourable sometimes vermin infested conditions. Dr. McCartney had used 'Burnett's disinfecting Fluid' and had made free use of it to sweeten and improve the state of the old hospital but the conditions created by overcrowding remained. In the new hospital the wards were well ventilated and convenient and the views from the balconies were said to be very beautiful.

During the first year a total of 231 patients were treated and there were 26 deaths. The patients came from long distances to receive treatment. 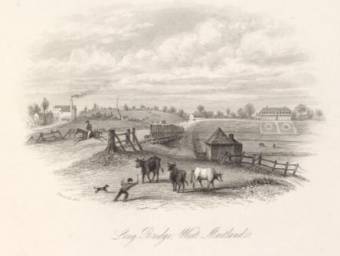 With the growth of population in the district, it was found that the accommodation was inadequate and a new building was erected and opened in 1905.
The Old Hospital and the New - Maitland Weekly Mercury 25 March 1905

New nurses' quarters which occupied the site of the old Royal Oak Hotel was built during the twelve months from October 1927 to October 1928.

Extension of the Hospital 1932

In the years that followed there was a move to carry out either extensive additions or provide a new hospital in keeping with the requirements of the district and following overtures to the then Minister for Health Mr. R.W.D. Weaver by Mr. Arthur Howarth M.L.A., a sum of 28,000 pounds was voted from the unemployment relief funds for additions and remodelling of the hospital.

The foundation stone of the new building was laid by Mr. Weaver on December 19, 1932. 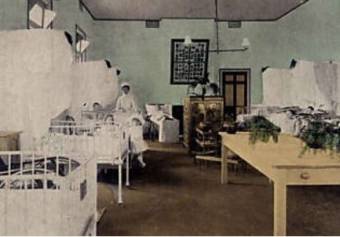 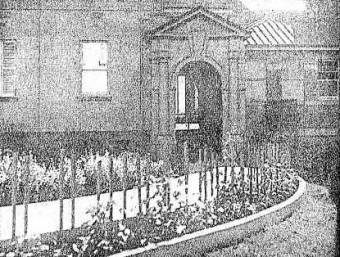