The Admiral Barrington departed Portsmouth with 300 male prisoners on 27 March 1791. She arrived in Port Jackson on 16 October 1791. Thirty-six prisoners died on the voyage out.

Departure of the Third Fleet from England

The Mary Ann departed England in February 1791 and the rest of the fleet departed in March 1791 and later met with the Queen from Cork at Madeira.

The London Times reported on 29th March 1791 that the Albemarle, Admiral Barrington, Britannia, Matilda and the Active departed Portsmouth for Botany Bay on 27th March 1791.

The New South Wales Corps formed the Guard on the vessels of the Third Fleet.

Captain William Paterson was in command of the Guard on the Admiral Barrington. At the Cape took charge of six ewes that had been received on board.....

Extract from Correspondence from Lieutenant-Governor King to Under Secretary Nepean from the Cape of Good Hope 29th July 1791 regarding the livestock he was taking on board at the Cape......

The Admiral Barrington anchored here this afternoon. This ship and the Britannia were in Mr. Young's division and parted company with him near Cape Finisterre. As they had a rendezvous for this place they are put in here, but Lt. Young has not arrived with the Albemarle. The convicts, as well as soldiers, have been troublesome on board the Britannia, by the master's account. The Barrington has buried five convicts and the Britannia three. They are both very healthy. (Historical Records of NSW, vol. 1, part 2, p. 488)

Dear Sir, Entre Nous, I am rather fearful of the Barrington, as she is in a very leaky state, which, added to her being a very old ship and infamously found in standing and running rigging, and the heavy gales she must encounter, makes me apprehensive about her; but I hope my fears will be groundless. The convicts on board the different ships have behaved extremely well. (Historical Records of New South Wales, vol. 1, part 2, p. 505) 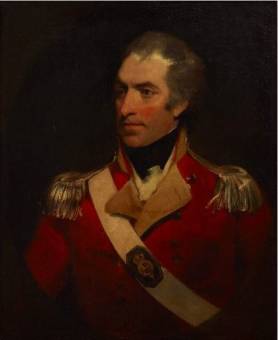 As there was a conveniency for two cows on board the Admiral Barrington, and six ewes, and as Capt'n Paterson had offered to take charge of them they are received on board that ship, and enclosed is Capt'n Paterson's receipt for them. The Active, Queen, and Britannia will sail in a day or two from False Bay, under Lieut. Blow's orders, and the Albemarle and Barrington will follow them in the course of a week after with Lieut. Young. The Barrington is in a very leaky state. The number of convicts dead on the voyages on board the above ships is 39. Executed two on board the Albemarle, and one soldier is dead. There is every appearance of sailing tomorrow. (Historical Records of New South Wales, vol. 1, part 2, p. 506)

The Admiral Barrington arrived in Port Jackson on 16 October 1791. She was the last of the eleven ships of the Third Fleet to arrive...

The Admiral Barrington arrived on the 16th, with a captain, three non-commissioned officers, and twenty four privates, with two hundred and sixty four male convicts; four women came out with their husbands, and two children.(An account of the English colony in New South Wales: with remarks ..., Volume 1 By David Collins.)

Some of the vessels of the Third Fleet were to proceed to the Southern Whale Fisheries after unloading the prisoners; the rest were bound for Bengal where they were to be freighted back to England with cotton. The sailors on board the Nootka ships were to have nine guineas for the run to Botany Bay after which they were to share as whale fishermen do. The other sailors were paid twenty-five shillings per month. [1]


1). Sarah Atkins is recorded in the 1816 Muster as arriving free on the Admiral Barrington


2). John Justice from Yorkshire arrived as a convict on the Admiral Barrington. He became a Town Watchman. He died in April 1804 age 50 and was buried in the Old Sydney Burial Ground as was John Roberts who died in February 1793.


3). Isaac Nichols was one of the convicts on board. He had been convicted in Wiltshire and sentenced to 7 years transportation. In April 1809 he became the first Postmaster of New South Wales. Isaac Nichols 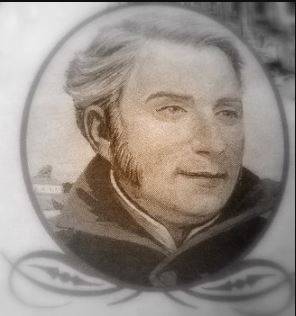 4). George Loder came free on the Admiral Barrington. He was a former sergeant of 102nd Regiment; and was later employed as assistant storekeeper; gaoler at Windsor and landholder.

5). William Kempton came free. He was a former sergeant of 102nd and 73rd regiment

6). A report of the probable loss of the Admiral Barrington, which was received in the colony in February 1793, was confirmed. It appeared, that after sailing from Batavia she reached so near her port as to be in sight of the shipping at Bombay, but was driven off the coast by a gale of wind-, in which she was forced on shore on one of the Malouine Islands, where she was wrecked, and her crew (the master, chief mate, and surgeon excepted) were murdered by the natives-. These people saved themselves by swimming to an East-India country ship which was riding at anchor near the island...An Account of the English Colony in NSW

7). Read about Lieut-Col. William Paterson's excursion to Newcastle in 1801

9). An emancipist's account of his early days in the colony.......I arrived in the third fleet on the 16th October, 1791 ; it was on a Sunday we landed. The ship's name was Barrington, Captain March. I was sent to Toongabbie. For nine months there I was given five ounces of flour - when weighed out barely four - served daily. In those days we were yoked to draw timber, twenty-five in a gang. The sticks were six feet long, six men a breast. We held the sticks behind us and dragged with our hands. One man came ashore in a Pitt ; his name was Dixon ; he was a gentleman. He was put to drag, but it soon did for him. He began on a Thursday and died on a Saturday, as he was dragging a load down Constitution Hill. There were three hundred died there in six months, Men used to carry trees on their shoulder. How they used to die ! The men were weak - dreadfully weak - through want of food. A man named Gibraltar was hung, for stealing a loaf out of the Governor's kitchen. He got down the chimney, stole the loaf, had a trial, and was hung the next day at sunrise. At this time a full ration was allowed to the Governor's dog. I have seen seventy men flogged at night, twenty-five lashes each. On Sunday evening they used to read the laws. If any man was found out of the camp he got twenty - five. The women used to be punished with iron collars. In Governor King's time they used to douse them over board. They killed one. Dr. - was a great tyrant. Mine is a life-grant from Governor Bourke - fourteen acres. I grow tobacco, wheat, and corn ; just enough to make a living. Wellington Times 9 November 1905