The Prince of Wales was one of eleven vessels of the First Fleet In 1788. .

The Scarborough and Lady Penrhyn embarked convicts at Portsmouth, the Friendship and Charlotte at Plymouth, and the Prince of Wales and Alexander at Woolwich.[3]

By March 1787 the convicts had all been embarked and the vessels were all assembled at the Motherbank awaiting further orders.

The Fleet was delayed several months awaiting orders to sail as Governor Philip was in London making arrangements and did not arrive at Portsmouth until 6th May. [2]

On 13th May 1787, Governor Philip having hoisted his flag on board the Sirius gave the signal to weigh anchor and the fleet finally departed England's shores. They were accompanied by the Hyaena frigate to carry back dispatches if necessary.[4] The Hyaena, of 20 guns, sailing under Captain Michael de Courcy was ordered to accompany the fleet 100 leagues to the westward. [5]

On the 30th July convict woman Jane Banner died as a result of an accident that had occurred on 24th July.

The Fleet stopped at Tenerife in June, made Rio de Janeiro on 6th August 1787 and sailed from there on 5th September 1787. They arrived at Cape Town on 13th October 1787 where food supplies were replenished.

Surgeon John White remarked in his journal on 20th December 1787 -.

Wind variable, inclining to the south. I visited the Prince of Wales, where I found some of the female convicts with evident symptoms of the scurvy, brought on by the damp and cold weather we had lately experienced. The two succeeding days the wind to the westward, though at times variable, with dark, wet, gloomy weather; in lat. 41 18' south, long. 90° 7' east.

The Fleet arrived in January 1788, however Botany Bay was found unsuitable - the soil was poor and water scarce and on the 21st January Governor Phillip accompanied by officers set off in three open boats to examine the coast in the hope of finding a more suitable site for settlement. Finding in a cove of 'this noble and capacious harbour' a sufficiency of water and soil, he returned to Botany Bay after an absence of 3 days and gave directions for immediate removal to Sydney Cove.

At Sydney Cove Governor Philip and Officers raised the British flag and took formal possession. Later, on the evening of the 26th January more people were landed and the whole assembled where they had first landed and a union jack had been displayed. The marines fired several vollies and toasts to the health of His Majesty and the success of the new colony were given.

The Prince of Wales brought private correspondence when she returned to England in March 1789.. The following account of the first days of settlement was given......The moment Commodore Phillips had made good the landing of the Marines, and some lines of limitation were marked out, the convicts were put on shore; and the artisans among them, with those belonging to the ships, proceeded to cut down wood to form their habitations. This task continued for some time during the hours of day, and in the evening the workmen and others returned on board the shipping, leaving only the Marines, and a detachment of the seamen, to guard the works as they advanced towards completion. [1]

A portable dwelling house for the Commodore, and a hospital, both of which had been constructed in England, together with the officers marquees, and tents for the artisans were fixed out of hand; and storehouses and habitations were planned out.[7]

The women remained on the ships until the 6th February. Surgeon Arthur Bowes Smyth of the Lady Penrhyn kept a journal during the voyage. He described the day in February when all the women were landed from the various vessels:

This day at 5 o'clock, all things were got in order for landing the whole of the women, and 3 of the ships longboats came alongside of us to receive them; previous to their going out of the ship, a strict search was made to try if any of the many things which they had stolen on board could be found, but their artifice eluded the most strict search, and at six o'clock p.m. we had the long wished for pleasure of seeing the last of them leave the ship. They were dressed in general very clean, and some few amongst them might be said to be well dressed. The convicts got to them very soon after their landing and the scene of debauchery and riot that ensued during the night may be better conceived than expressed.

Select here to read more from the journal of Arthur Bowes Smyth at the National Library of Australia.

The Prince of Wales sailed for England on the 15th July 1788 in company with the Borrowdale. They parted company on 15th August 1788 and fell in again at Rio de Janeiro. They sailed from Rio Janeiro together but left company again on 24th December.

Captain Mason died on the voyage home and the Mate Mr. Moore succeeded to the command. Four seamen also died of scurvy on the passage home. [6]

The London Times of 26 March 1789 reported that the Prince of Wales had lost only one convict on the passage out.

State of the Colony when the Prince of Wales Departed

The convicts had been employed in cutting wood for fences, gathering bushes for thatching and collecting food for the cattle and sheep........ An aversion to labour, however, induced some of the new settlers to project an escape for Europe on board the French ships; these efforts were, however, in a measure frustrated; the officers of the French ships would not hearken to any proposals except those made by the fair; for it was discovered two days after Mons. Perouse had sailed, that two women were missing. [8] 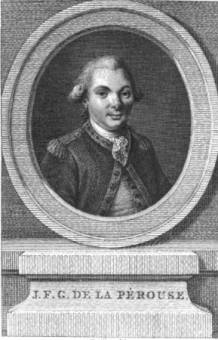 When the Prince of Wales left Port Jackson a very fine crop of grain presented to the eye. This occupied twelve acres of ground, all that could possibly be cultivated before the season was too far gone for a crop of greater extent (9). Of the natural grass, it grew so thin, that of forty sheep of the public stock which were landed, only six were alive when the Prince of Wales left. [10]

In a letter home dated 12 July 1789 the correspondent, an Officer of the Marines wrote:

His Excellency the Governor has set on foot a brick manufactory which succeeds to his wishes, having already burnt several thousands for his own house. We are all extremely busy in building huts principally of the cabbage trees, but only two officers are as yet hutted. You expect, perhaps I will give you some further account of myself and situation here; on this head I can only say, that I am happy in the company of three messmates, no four could be more united or more agreeable to each other; besides I have enjoyed a tolerable share of good health, thank God, since I left England. Every officer on this settlement is allowed two acres of land, besides a certain space for a garden near his house. Four of us uniting our estates have already sown half an acre of wheat, which I am told by my farmer promises well. I propose to set a few potatoes next week, which are the produce of some I set on my arrival here, and which answered my expectations I brought six sheep from the Cape, at a very great expense and every one of them is either dead through the badness of this country or killed by some villains among the convicts who in spite of every punishment that can be inflicted still persist in their former villainous practices. Four of them have been executed since our arrival here. [11]

Female prisoners embarked on the Prince of Wales:

The next convict ship to arrive in New South Wales after the First Fleet was the Lady Juliana.

[3] Encyclopaedia: Or, A Dictionary of Arts, Sciences, and Miscellaneous Literature

[4] A new and complete system of universal geography, or, An authentic history ... By Christopher Kelly

[5] The British Trident, Or Register of Naval Actions - Archibald Duncan