Use the Search Box above to find your Hunter Valley Ancestor.
Arthur Bowes Smyth was born on 23 August 1750 at Tolleshunt D'Arcy, Essex, England, the seventh child of surgeon Thomas Smyth. [1]

The Register of Duties Paid for Apprentices Indentures reveal that he was apprenticed to Surgeon Sandford Lamb. The Duty was paid on 28 May 1779 and his address given as Tolleshunt D'Arcy, Essex. [4]

Arthur Bowes Smyth was appointed surgeon to the Captain and ship's company on the First Fleet in 1787. He kept a Journal from 22 March 1787 at the Motherbank until 12 August 1789. The Journal includes a record of his last few weeks in England, the events of the voyage and the first weeks in New South Wales and voyage home.

On 20 March 1787 he came down in the Portsmouth Mail Coach and on the 22d went on board the Lady Penrhyn lying at the Mother Bank with the rest of the fleet. 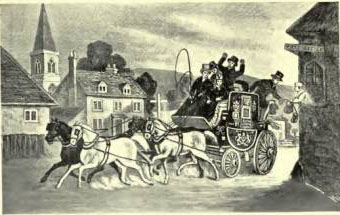 He describes his visits to various people on shore and the arrival of others on board the Lady Penrhyn.....

On 9th April he noted the arrival from London of Dennis Considen, first Assistant Surgeon of the Scarborough.

With Lieut. Collins he visited Lieut. Bourbon on board the Rose Frigate of War, lying at Spithead and also Surgeon John Turnpenny Alltree at Ryde who was lying dangerously ill and under the care of John White. John Alltree recovered in a few days and on the 13th April was much recovered when Smyth visited him....... Went on Shore at Ryde to visit Mr. Alltree and had the pleasure to find him much better -- Walked with him some miles at Ryde, which is a most beautiful spot.

On Friday morning 1st. June Mr. White, Surgeon to the Settlement came on board to request of me in the name of the Governor and himself to undertake the Care of the Convicts on board the Lady Penrhyn, in the room of Mr. Alltree, who he said should be provided for on his arrival at Botany Bay in some other line and in the mean time to continue on board the Lady P. and act as my Assistant. The Governor would reward me for my trouble in such a way as should prove satisfactory to me, and the Surgeon General would give me a Certificate.

Correspondence from Governor Phillip to Under Secretary Nepean dated 26 April 1788, reveals that the Governor did indeed recommend Smyth for recompense -

Sir,
As the surgeon volunteer who was put on board the Ldy Penrhyn transport to attend the convicts was found to be very unequal to the task, I was under the necessity of desiring Mr. Arthur Bowes, surgeon of that transport totake charge of the medicines, and attend to the sick, which he did with great attention. I therefore bg leave to recommend him to your notice as he has not received any recompense for his trouble....A. Phillip [3]

He describes his excitement on the day they first sighted land since the Cape......Saturday 19th. This morning. I arose at 5 o'Clock in hopes of seeing Land, but was disappointed -- The Sirius and all the fleet made Sail abt. 4 o'Clock in the morning. and at 7 a.m. we discover'd Land abt. 40 miles distant. The joy everyone felt upon so long wish'd for an Event can be better conceiv'd than expressed, particularly as it was the termination of the Voyage to those who were to settle at Botany Bay, and: it is 10 weeks on Monday since we left the Cape of Good Hope; the longest period of any we had been at Sea without touching at any Port. -- The Sailors are busy getting up the Cables and preparing all things for Anchoring. [2]

The Lady Penrhyn was under charter to the British East India Company to continue her voyage to China for a cargo of tea and departed Port Jackson on 20 April 1788 taking Arthur Bowes Smyth with her.

1). Arthur Bowes Smyth - drawings from his journal `A Journal of a Voyage from Portsmouth to New South Wales and China in the Lady Penrhyn, 1787-1789 - State Library NSW

Magnify the map above by scrolling then click on the ship icons to read accounts from First Fleet Journals. Each of the eleven ships is represented by a different colour. Select the orange ships to read excerpts from the journal of Arthur Bowes Smyth. Enlarge the map using the icon on the top right. Select here to find out more about this map.

[2] Journal of Arthur Bowes Smyth, 1787 March 22-1789 August 8 [manuscript]., National Library of Australia, MS 4568. ........ In his writings Smyth puts a human face to the convicts as well as revealing his interest in natural history, the collection of specimens and drawing, including the earliest existing depiction by a European of an emu. In April 1788, Smyth returned to England on the 'Lady Penrhyn' via Lord Howe Island, Tahiti, China and St Helena. On Lord Howe Island, he made the earliest drawing of the now extinct white gallinule, and observed the currawong (or bell magpie) and four now rare or extinct birds, namely, the Lord Howe pigeon, the booby, the Lord Howe rail or woodhen and an extinct species of parakeet.


John White served as Surgeon-General on the First Fleet.