Embarked 200 men
Voyage 107 days
Deaths 2
Surgeon's Journal - Yes
Previous vessel: Manlius arrived 11 August 1827
Next vessel: Harmony arrived 27 September 1827
Master Richard Pearce.
Surgeon Superintendent William Gregor
Follow the Irish Convict Ship Trail
Prisoners and Passengers of the Cambridge identified in the Hunter Valley
The Cambridge was moored in Kingston Harbour on 14 May 1827. She was the next convict ship to leave Ireland bound for New South Wales after the departure of the Countess of Harcourt in February 1827.[3] 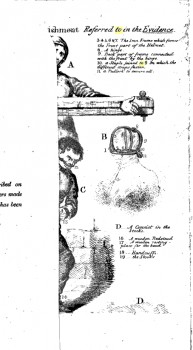 Some of the prisoners had been incarcerated for quite some time before transportation. John Bulbridge was tried in Limerick in 1824 and was about 14 years old at the time. He was sent to the Richmond General Penitentiary which had been established in 1820 in Grangegorman, Dublin as an alternative to transportation.


It was part of an experiment into a penitentiary system to specialise in reform rather than punishment. There were accusations of unspeakable cruelty and proselytism and a Commission of Enquiry was ordered in which John Bulbridge was mentioned........

At one time a pistol was fired into the cell of a convict who was in solitary confinement - he was John Bulbridge. Mr. John McCloy, keeper, was present, and said, 'For God's sake, don't take the boy's life'. This man was dismissed, as he was not sufficiently active in the work of Proselytism. [1]

The Cambridge departed Dublin on 2 June 1827 and called at Tenerife about 17th June.

William Gregor kept a Medical Journal from 10th May to 29th September 1827. He reported that in June the weather was beautifully fine and in the latter part very hot with sultry calms. For almost all of July the weather was excessively hot with frequent squalls from the westward. During August up until the middle of September the weather was inclement and at this time there were no less than fifty-eight cases of diarrhoea which William Gregor attributed to the change in weather.

Two of the prisoners under his care died on the voyage. The first Thomas Cullen was already ill when he embarked. He was put on the sick list one day after sailing and died from phthisis on 27th August. The second death was that of Thomas Gately from Ireland. He had to speak through an interpreter as he was unable to speak any language but his own. He died on 18 June 1827 off the Island of Palma ten days after suffering from a violent episode of singultus (hiccoughs). [2]

Other men mentioned in the surgeon's journal included:

James Price aged 27, private of 39th regiment, put on the sick list 17 June while off Tenerife 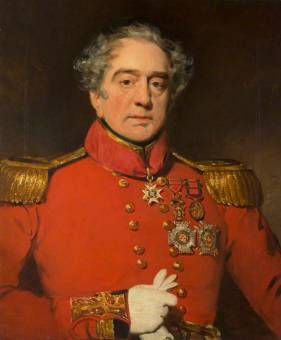 The Head Quarters and Band of the 39th regiment came on the Cambridge. Colonel Patrick Lindesay arrived as a passenger, bringing with him a second Band to the Colony, reported by the Monitor to be inferior to none which preceded it. Passengers included Captain Dunford and wife.

The Cambridge arrived in Port Jackson 17 September 1827 with 198 prisoners. The Colony was always anxious to hear news from home. The Sydney Gazette reported that ....... 'in order to procure the Papers we undertook and accomplished a journey of 32 miles in less than three hours as soon as news that the Cambridge had come to an anchor.'

On Wednesday 19 September, two days after arrival, the Colonial Secretary Alexander McLeay proceeded on board the Cambridge to inspect and muster prisoners prior to their disembarkation. He found all of the men in good health. The convict indents reveal the name, age, education, religion, marital status, family, native place, offence, date and place of trial, sentence, prior convictions, physical description and where and to whom assigned on arrival. There is also occasional information such as colonial sentences and deaths. One man Bryan Murphy was sent to the hospital on shore on arrival having suffered hydrothorax. He died on 2nd October 1827.

There were fifteen prisoners under the age of 16 years of age. The youngest were Patrick Delany, John Hore, William Moore and Patrick Palmer who were all only 14 years of age.

Five of the men were assigned to the Australian Agricultural Company on arrival - John Gill, Thomas Gage, William Hart, Patrick Fleming and Peter Fallon. They were probably sent to the Port Stephens district or Liverpool Plains to work as shepherds and hut keepers.

Another, Simon Meney was assigned to Allan Cunningham on arrival. Cunningham had returned from his exploration to the north in July 1827.


Convicts of the Cambridge identified in the Hunter Valley -

1). William Gregor was also employed as surgeon on the convict ship Royal George in 1828

2). The Commission - The following are the sentences passed at the close of the late Commission: (Extract).....Patrick Keegan for having in his possession forged Bank notes - Fourteen years' transportation - Freeman's Journal 8 November 1826

The Commission - The following are the sentences passed at the close of the late Commission:

Doran, Brown and Halfpenny, who were at last Downpatrick assizes, sentenced to be executed for a burglary in the dwelling house of Mrs. Pilkington at Moyallen, have had their sentence commuted to transportation for life. Belfast Newsletter 27 April 1827

Carlow - John Lawless, for stealing a mule, car, pack of feathers and quills, the property of James Cummins, - Guilty, to be transported for 7 years. - William Moore, a small boy, but an experienced pick pocket, was indicted for stealing eleven half crowns and 1s 6d from a man's pocket, at the fair of Myshall, on the 14th September last. When the fellow was detected,, the prosecutor's purse was found concealed in a pocket in the back of prisoner's trowsers - guilty, to be transported for 7 years.- Finns Leinster Journal 11 April 1827.


7). SIR PATRICK LINDESAY, K.C.B., AND K.C.H was born in Musselburgh, East Lothian, Scotland on 24 February 1778, the son of Lt. Col. John Lindesay. He was educated at Edinburgh University and in 1793 joined the army as an Ensign. He served as acting governor of NSW after the departure of Governor (Sir) Ralph Darling until the arrival of Governor (Sir) Richard Bourke on 2 December 1831. He returned to England in 1836 and died in Edinburgh in 1839. Below is his obituary.

' There is a tear for all that die,
A mourner o'er the humblest grave !
But nations swell the funeral cry,
And triumph weeps above the brave.' BYRON.

By the latest arrivals we have learned, with much regret, the demise of that gallant and distinguished officer whose name appears at the head of this paragraph.

He expired at his residence, Portobello, near Edinburgh, on the 14th of last March, after, a protracted and painful illness.

Sir Patrick Lindesay entered the army in 1793, and soon after joined the 39th Regiment as a Captain, in which corps he continued to serve until his promotion to the rank of Major-General, on the 18th of January, 1837, having been at that time upwards of twelve years Lieutenant- Colonel of the regiment. He served in the West Indies, the Mediterranean, in the greater part of the Peninsula War, in North America during the last brush in l814, afterwards in the army of occupation in France, in Ireland, in New South Wales, and latterly in the East Indies - never having been on half-pay during his lengthened service.

Few officers were more generally or highly respected by those with whom he came in contact, than Sir Patrick. The General and other Officers under whom he served at various periods, universally esteemed him, and his Grace the Duke of Wellington entertained for him a strong personal regard. In his own regiment he was beloved by every one whose good opinion was worth possessing - and his inflexible integrity, and undeviating walk in the path of honor, completely set at defiance the malice of the one or two who might attempt to traduce him.

Few men possessed a higher degree of that chivalrous spirit which should ever mark the soldier than he did, and he was particularly distinguished, for his fostering and encouraging a like spirit in others; anything approaching to meanness or un- soldierlike conduct was his abhorrence, and he never hesitated in making his sentiments on such subjects known. In this Colony he will be long remembered - as, from his courteous demeanour to all classes, and his genuine hospitality, he was much beloved ; this feeling was, fully exhibited in the address which was presented to him on his embarkation for India, in July, 1832.

Until within the last few years of his life, Sir Patrick Lindesay's circumstances were by no means affluent ; but he always found means to relieve and assist such cases of real distress as were brought under his notice, and there are at this day many persons, both in the Colony and in Europe, who can amply testify that he ' did good by stealth, and blushed to find it fame.'

Shortly after his arrival in India, he was appointed to the command of the cantonment of Bangalore, where he remained until the invasion of the territory of the Rajah of Coorg, in April, 1834, when he was appointed to the chief command of the force destined for that service ; the division which he personally commanded was signally successful, owing to his prompt and judicious measures. The capital of the country (Mercara) surrendered without a blow, and the Rajah gave himself up in a few days after. The force engaged in this affair shared a considerable sum of prize money, Sir Patrick's portion being nearly ten thousand pounds.

Shortly after this, he was appointed to the command of the southern division of the Madras army, where he remained until relieved, in the end of 1835, when he determined to return to England although the Commander-in-Chief in India immediately offered him another command. Upon his departure, in March, 1836, his old corps presented him with a gold snuff box, value one hundred guineas. During his career in India he succeeded in gaining the confidence and esteem of all around him, and he will be long remembered by all who had the good fortune to serve under him.

Sir Patrick Lindesay's services during the Peninsular war were inferior to none of similar rank, and the medals and honors bestowed upon him prove that those services were duly appreciated. His career throughout was that of an honourable, high-minded soldier; and now that the grave has closed over him, his fittest monument will be found in the records of bis country- his best epitaph will be written in the hearts of those who knew him. The Australian 1 August 1839

8). Edward Doyle, convict, was executed 8 December 1837 at Sydney Gaol having been found guilty of robbery

9). Michael Kearney, farm man from Dublin hanged in Sydney on 19 March 1834 for sodomy

[4] National Archives - Reference: ADM 101/15/5 Description: Medical journal of the Cambridge, convict ship, for 10 May to 29 September 1827 by William Gregor, Surgeon and Superintendent, during which time the said ship was employed as a transport.