Andrew Dickson (Dixon) was granted permission to proceed to New South Wales with the intention of establishing himself as a nurseryman and florist. He arrived on the Skelton via Rio de Janiero and Hobart in 1823. [1] 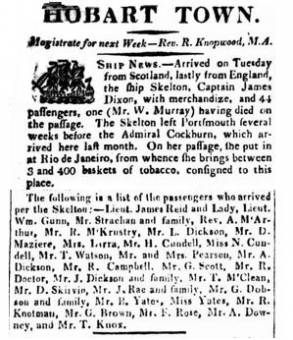 Sir Thomas Brisbane
Sir,
I am directed by Lord Bathurst to acquaint you that he has granted permission to Mr. Andrew Dickson who has been strongly recommended to His Lordship to proceed to New South Wales with the intention of establishing himself as a nurseryman and florist and I am to desire that you will allow him to select a suitable allotment of ground for his professional pursuits as near the Town of Sydney as circumstances will admit in addition to the usual grant of land to be made to him as a settler.

I have the honor to be your most obedient and humble servant E. Wilmot [3]

Arrival in the Hunter Region

Andrew Dickson first came to the Hunter Region in the sloop Elizabeth in March 1823 with five convict servants and other free settlers Duncan and Peter Sinclair and John Brown and their assigned servants.

Marmaduke Burrows per Grenada and

Select here to find other convicts who were assigned to Andrew Dickson. 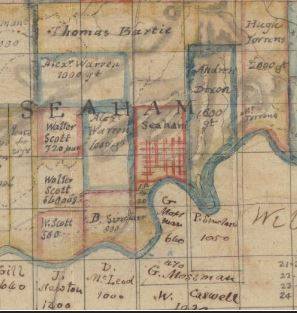