They were given permission to proceed to Newcastle on the Mariner in February. Others making the voyage on the same day included Alexander Shand with four assigned servants, John Cheers, John Hickey, George Brown, Alexander Dickson and James McGillvray. 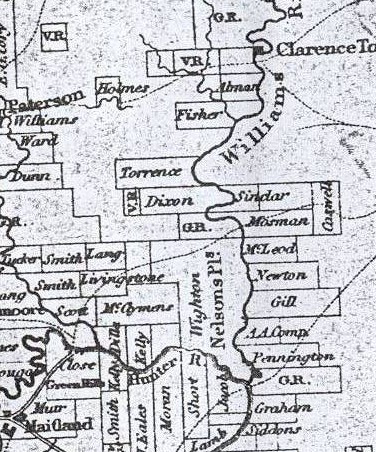 Duncan Sinclair selected his land on the Williams River. (see map above)

In December 1824 the effects of Duncan Sinclair were ordered to be sold in lieu of cattle allotted to him by Government. His wife Ann applied to have her husband's grant of land cancelled in consequence of his being insane; she requested another made out in favour of such persons as the Governor may think proper in trust for the Petitioner, her husband and family.