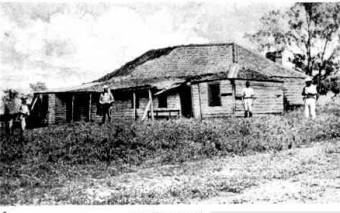 The photograph above is of the old Turanville house built by William Dangar probably with the use of convict labour using gum tree slabs and stringy bark. The old homestead stood for many years and was pulled down to make way for a new residence in the 1860's. Standing in front of the old house were Mr. Thomas Cook, F.H. Murray and one of the old station hands. [3]


William Dangar was born at Lampen, England close to the village of St. Neot on 10 March 1800, son of William and Judith Dangar.

He arrived in Australia on the Cumberland in 1825 with his brother Thomas Dangar. Their brother Henry Dangar was already in the colony employed as Government Surveyor. Their only sister was Elizabeth Cary Dangar who was born in 1805. Elizabeth Cary Dangar married Samuel Cook at Plymouth in 1832 and immigrated to Canada where their son Thomas Cook was born in 1834. Later Elizabeth and Samuel Cook returned to England and then came to New South Wales in 1837. [1]

William Dangar managed his brother Henry's estate for over ten years and he also acquired land for himself - 800 acres near Scone was granted (Turanville) and he was given permission to purchase 1800 acres adjacent to Turanville between Dartbrook and Kingdon Ponds. He also took out a lease on 35,840 acres in the New England district called Kangaroo Hills. He employed a superintendent to run this estate. 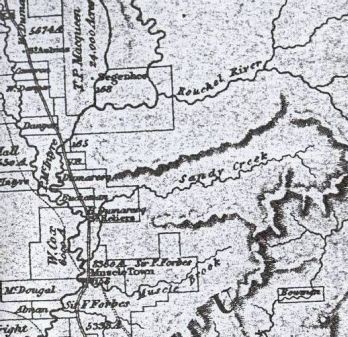 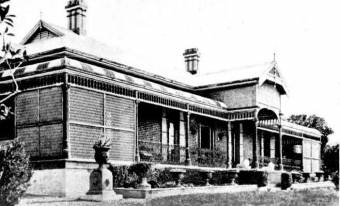 William Dangar died in Cheltenham, England on 16 April 1868 and was buried in St. Neot. He left Turanville's 4,200 acres to Thomas Cook.

Funeral of William Dangar - Not twelve months since we had to record the interment of St. Neots, near Liskeard of Mr. Richard Cary Dangar and Anne his wife whose lamented decease took place within a few days of each other, that of the husband being almost sudden. On the 16th instant, after surviving his brother but a few months, Mr. William Dangar died after a lengthened illness at Cotswold Grange near Cheltenham in the 69th year of his age. The remains of the deceased were brought to Liskeard by train on the morning of Tuesday last, and conveyed thence in a hearse to St. Neots, followed by several carriages containing the mourners, in the foremost carriage being Mr. Albert Dangar, one of the nephews of the deceased, son of Mr. Henry Dangar who died at Grantham, NSW and Mr. N. Mitchell, of Lampden, one of the executors.

There was a numerous concourse of spectators assembled to witness the funeral obsequies the family of the deceased having for many years held a high position in the memory and esteem of the inhabitants of St. Neots, both for the affluent position they had won for themselves by successful enterprise in the colonies, and by reason of their munificent benefactions both public and private among the residents of St. Neots.

The body of the deceased, enclosed in a massive coffin of polished oak, was laid by the side of his parents. William and Judith Dangar in the churchyard surrounding the old church of St. Neots. In the sacred enclosure are many records in stone of the family of deceased and many others of a most ancient date, testifying to the venerable age of the church and affording a solemn but shadowy memorial of those one living ones who in the stillness of death, now tenant the precincts of God's acre. The deceased was one of a family of brothers who have reaped in Australia the reward of an intelligent and persevering development of the resources of the colony. Not only has wealth amply compensated their toil, but, in addition the members of the Dangar family have had their worth publicly recognised and honoured by elections to the colonial Legislative - Cornwall Paper Sydney Mail 18 July 1868

A memorial plaque in St. Neot Church records: 'Sacred to the memory of William Dangar, who died at Cheltenham on 16th April 1868; in the 68th year of his age. He was one of the earliest settlers in New south Wales, where, during a continued residence of thirty five years he attained by his energetic spirit of enterprise, and by ceaseless activity, an honorable position, whilst he also largely contributed to the success of that Colony, in which, as well as in this parish, his memory will be respected'

Thomas Cook became known as the Squire of Turanville. 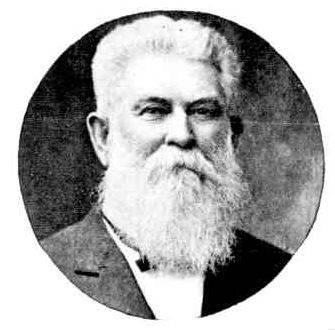 When he died in July 1912, many newspapers carried his obituary.....

{Extract}Mr. Thomas Cook, of Turanville, Scone, died on the 13th instant at the age of 77. The deceased was born in Canada in 1834. He came to Australia three years later with his father and went to Turanville, then owned by Mr. William Dangar. In 1841 his father went into the interior and formed the stations known as Myall Creek, Paradise Creek, Bulleroi, Bunna Bunna and Burren Burren. Except for a voyage to England Thomas Cook resided ever after at Turanville. He was very charitable and few men were more respected. - The Land 19 July 1912.


1). Select here to find some of the convicts assigned to William Dangar

2) Thomas Dangar was postmaster at Scone and proprietor of the Golden Fleece Inn. A younger brother Richard Cary Dangar arrived in 1836 and commenced a Store in Muswellbrook. Brother John, died in 1847 aged 37 and was buried in St. Luke's Churchyard, Scone. Their sister Elizabeth married Samuel Wellington Cook.

3). The Will of Richard Carey Dangar

4). Cook's Hill, Newcastle is named after Thomas Cook or perhaps his father Samuel Cook. They owned a holiday cottage there named Lucerna