Use the Search Box above to find your Hunter Valley Ancestor.
Date of Seniority Royal Navy 15 April 1835


James Donovan was employed as Surgeon Superintendent on the convict ship Rajah in 1841. 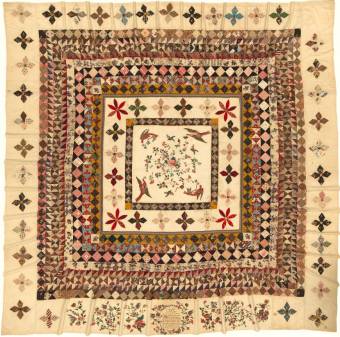 
The Rajah Quilt was created by the female convicts of the Rajah in 1841 using materials organised by Lydia Irving of the British Ladies Society. On arrival the quilt was presented to Lady Jane Franklin 'as a testimony of the gratitude with which they remember their exertions for their welfare while in England and during their passage and also of proof that they have not neglected the Ladies kind admonitions of being industrious'.

The quilt was sent back to Britain for Elizabeth Fry who led the Society. The quilt's provenance is then unclear until it was rediscovered in 1989. It is now held by the National Gallery of Australia.

James Donovan was on the Navy List of Officers fit for service in 1842.

1) National Archives. Medical journal of the Rajah, convict ship from 19 March to 19 July 1841 by James Donovan, MD, surgeon superintendent, during which time the ship was employed in a voyage to Van Diemen's Land

2). A Traumatic Birth: PTSD in Convicts and the Australian Psyche By Stephen Lucas