George Hall was born in 1764. He arrived on the Coromandel with his wife Mary nee Smith and children Elizabeth, George, William Smith and John in 1802.

George Hall purchased 3000 acres in 1825 which was located above Donald McIntyre's Kayuga on Dart Brook. Some of his sons were also made small grants
nearby. [1] 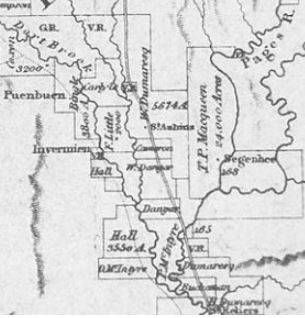