The Princess Royal was built at Yarmouth in 1794 [2]. She was the next convict ship to leave England after the departure of the Surry in October 1822.

James Hunter's surgeon's journal is not available for this voyage, however James Hunter was well experienced in the duties of Surgeon-Superintendent having previously been employed on the voyages of the Minerva in 1818 and the Prince Regent in 1820. His attitudes towards the prisoners and their likely treatment can be derived from his solicitous care towards the men during his first two voyages in 1818 and 1820.

After a voyage of 124 days, the Princess Royal arrived in Port Jackson on 11th March 1823 with 154 male prisoners. Convict indents include the name, when and where tried, sentence, native place, trade, age and physical description. There is no indication in the indents as to where the prisoners were assigned on arrival.

The Sydney Gazette reported the prisoners as having landed on Thursday 13th March when they were inspected by Governor Brisbane in the forenoon. 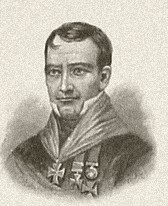 Their healthy appearance was said to indicate the kind treatment they had met with during the voyage.

The men were immediately forwarded by boat to Parramatta.

In the Colonial Secretary's Correspondence there is a list of 72 men who were assigned to various settlers and government service at Parramatta, Liverpool, Airds, Bringelly, Windsor, Minto, Emu Plains and Bathurst.

It was revealed in correspondence to the Governor written in 1823, that life for the sailors was difficult under Captain Sherwood, and so while the prisoners were being distributed throughout the colony and the vessel was being made seaworthy once again, the crew of the Princess Royal made use of their short time of freedom in Sydney........

Two sailors of the Princess Royal had become intoxicated while on shore leave. When they returned to the vessel Captain Sherwood and the Chief Mate were displeased. They handcuffed the men and threw one of them down the half deck hatch injuring him severely; the other the Captain struck with a cutlass cutting his hand and threatening to run him through. The Chief Mate struck him several times and kicked him cruelly. Nine other of the crew came to their rescue and later in fear for their lives wrote a letter of appeal to the Governor stating that the Captain had threatened revenge when he got them to sea again. They stated the Captain to be a tyrannical man who often struck them for little reason. The letter was signed John Jones, John Baylis, John Wright, Edward Tyson, George Hemmings, William Wallace, John Foster, John Harris, John George, John Francis and Christian Marten.

On the 8th April Captain Sherwood, of the ship Princess Royal appeared at the Police Office on Tuesday morning to lay a complaint against two of his seamen for drunkenness, abusive language, and striking their commander on board. Nine other of the seamen were also charged with knocking off work, in consequence of Captain Sherwood's determination to punish the two refractory hands. The complainant was supported in his testimony by his chief officer. The nine men were directed by the Magistracy to return peaceably on board, and go to work as usual, as such was the wish of Captain Sherwood; but, regarding the other two, it being necessary to visit their conduct with some slight degree of punishment, they were ordered into solitary confinement, on bread and water, till the departure of the vessel. Upon the annunciation of this very lenient act of Magisterial authority, the whole of the others, nine in number, declared that they would not go on board ; in consequence of which, the whole party was ordered to be lodged in gaol, and to be separately confined on bread and water, till the vessel's departure. [1]

On 18th April John Jones was given his discharge from the Princess Royal. On 25th March Second Mate Augustus Warner was permitted his discharge from the Princess Royal in Sydney. He returned to England on the Denmark Hill in April. The First Mate Mr. Wilson and Third Mate Mr. Duggan remained with the vessel and departed on her on the 20th April 1823 when she sailed for Batavia and Calcutta.

1). An interesting Court-martial later took place in Chatham in 1826. The Princess Royal under Captain Sherwood, was on the voyage from Madras to England in 1825 with troops when an altercation took place between Agent for the transport Lieutenant Thomas Hewett R.N. and Major Browne commander of the Guard regarding the sailing of the vessel. Select here to read more about the court-martial.

3). Convicts of the Princess Royal identified in the Hunter Valley region -