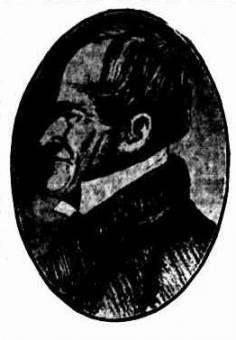 
Charles Windeyer arrived with his wife and nine children on the Sarah in 1828.

He was a brother of Archibald Windeyer and uncle of Richard Windeyer.

He was granted 2560 acres by Sir Ralph Darling on 29th September 1829 and selected this land, Tillegra. He did not reside on Tillegra and the estate was managed by his sons.

The following convicts were assigned to the Tillegra estate in the 1830's and 1840's:

Obituary - : The Late Charles Windeyer - -Amongst those whom death has stricken within the last few days it is our painful duty to record the death of Mr. Charles Windeyer. Nearly attaining his seventy-fifth year, and in better health and spirits than his immediate relatives and friends had observed for some months previously, Mr. Windeyer sunk under the oppressive heat of the last few days, and died at his residence at Newtown on Wednesday last.

Mr. Windeyer, in early life, made the law his study, and, without entering at one of the Inns of Court, he was engaged by several of the leading law journals of London as their accredited reporter. Whilst engaged upon the Law Chronicle, and taking notes in the reporters' gallery in the House of Lords, Mr. Windeyer accidentally dropped his notes from his desk upon the floor of the house. Lord Eldon, then Chancellor, was, at the moment, proceeding towards the bar to receive a deputation from the Commons, and perceiving Mr. Windeyer's perplexity, he picked up the notes which strewed the floor of the passage, and returned them to him. Lord Eldon, we must observe, had been one of the most vehement opponents of the rules which tacitly allowed the reporting and publication of parliamentary proceedings.

In 1828, Mr. Windeyer arrived in this colony, and for some time acted as Clerk of Petty Sessions for the police district of Sydney. He was shortly afterwards appointed second Police Magistrate of Sydney. This was, in fact, appointing him to the first seat on that bench, seeing that from glaring irregularities (to use no harder term), Colonel Wilson was compelled to vacate his seat as first police magistrate. As a justice of the peace, administering justice in his summary jurisdiction, the memory of Charles Windeyer will be reverently treasured. The suitors in his court-the most impracticable suitors that can be well imagined left the bar, whether acquitted, or fined, or imprisoned, or committed-quite assured that justice had been done. And in those very many cases which do not appear before the public, and in the arrangement of which the tact and kind offices of the magistrate are evoked', how many family discords have been appeased by Charles Windeyer?

We believe that it was about six years ago, the local government reluctantly accepted his resignation of his office ; which was followed by a vote in the Legislative Council, recommending for him a superannuation allowance, and adverting in the highest terms to his long and useful career. ' [1]

2) An historical and statistical account of New South Wales By John Dunmore Lang ...

'The cedar trade is at present the principal dependance of this vicinity, and I was credibly informed that it brings into the Dungog district not less than two or three hundred pounds a week. Quantities of this valuable timber are discovered from time to time in localities in which its existence had not been suspected before. For instance, an old life-guardsman of Waterloo, now a Wesleyan Local Preacher at Mulcunda, about seven miles from Dungog, had rented a farm from a brother of the late R. Windeyer, Esq., M. C., on the Upper William's River. Finding a quantity of cedar on the land, he offered Mr. W. 50/. for the standing timber, which of course was gladly accepted; but, at the time of my visit, cedar to the value of 300/. had been sold off this very land by the tenant, and he had still an equal quantity to sell. 'The town of Dungog has a population of about 300; it has a steam flour-mill, a tobacco-factory, one or two good inns, an episcopal church nearly finished, a national school, and a court house, - a very creditable building indeed.