Adjoining the Inn was the residence of Thomas Buxton, and at the rear of those properties was a spring known as the Water Reserve. It was from this spring that the residents of early Newcastle secured their water supply.

Carts and barrels went in from Hunter Street by a narrow lane at the side of Buxton's property and when barrels were filled, continued along the lane and came out in Newcomen Street at the rear of the Steam Packet. [1] 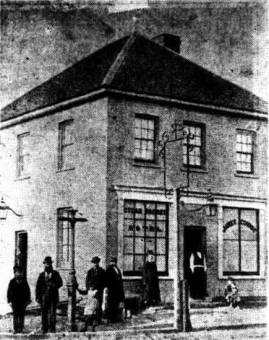 
Henry Williams held the license in the 1860s. The Hotel was burned to the ground in July 1862 and Henry William's young daughter died in the fire.[2] 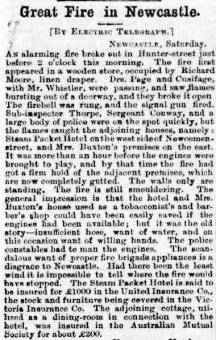 
(1) Many years later the Council erected Corporation Baths on the site of the spring.