John and Elizabeth Mayo were ex-convicts. They established the Maitland Wine Vaults later known as the Hunter River Hotel at East Maitland in the 1830's.

John Mayo had been convicted at Gloucester Assizes on 31 August 1818 of the theft of a plated urn and sentenced to 7 years transportation. He was a barber by trade with dark complexion, blue eyes and dark brown hair. He arrived in the colony on the Baring on 26 June 1819. It wasn't long before he was in trouble again. In November 1820 with two other men Jeremiah Simmons and James Tyler he was sentenced to 14 yrs to Newcastle Settlement for robbing Mary Coppinger in the house of John Croaker in George Street Sydney. [1] He was sent to Newcastle in January 1821.

Elizabeth (nee Benson) Mayo arrived on the Brothers in 1824. She had been convicted at the Old Bailey for shoplifting six yards of printed cotton from a High Holborn linen draper's shop. She was described as 'decent and well behaved' On arrival in the colony Elizabeth was assigned as a servant to Thomas and Christiana Blomfield, landowners of Maitland NSW who had two small boys. In March 1826 Elizabeth gave birth to an illegitimate daughter Mary Ann who was fathered by John Blaxland. She was sent back to the Female Factory. [5]

Elizabeth was probably assigned to Newcastle after this as in April 1826 John Mayo made application to marry her. Their marriage took place on 29th May 1826 at Christ Church, Newcastle. [6] 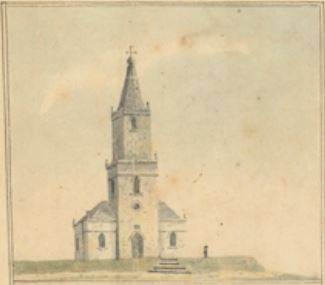 At Newcastle John Mayo in his government duty was employed as a barber however he was also permitted to work on his own behalf and was employed as a shoemaker and currier. He was fortunate in this as many others sent to Newcastle at this time worked in harsh conditions at the coal mine or town gang. He lived in a disreputable house and was in trouble and taken to court more than once before and after he met and married Elizabeth Benson as the following court cases show:

In July 1825 the premises he lived in were searched by the Chief Constable who stated...... This morning I searched the premises in the occupation of John Mayo who carries on the trade of currier and shoemaker when not employed as a barber which is his government duty, in an apartment of the house in which Henry Threlfo sleeps, who works in the mines, but who is a currier by trade. I discovered a large hole about four feet deep very artfully covered over and there is no doubt but this hole has been many years in existence and used for the sole purpose of secreting stolen property. The house is notorious for a considerable time past for harbouring the worst characters on the settlement. In the hole I found some grains of wheat and maize quite fresh; a young cabbage plant which could not have been out of the ground many hours and the gusset of a shift which Mary Stewart recognises.
Isaac Perrott states....I took Thorpe into custody last night, I told him it was for robbing Mary Stewart and advised him to bring the things to light; He told me he knew where they were and would go and get them. I suffered him to go and in about a quarter of an hour he returned and told me he had been asking himself a few questions which had caused him to alter his mind....The prisoners severally deny any knowledge of or participation in the robbery. Sentence: Joseph Thorpe 50 lashes and three years to a penal settlement. Henry Threlfo two years at a penal settlement. [2]

Commandants Order....It appearing that the Cottage occupied by John Mayo for a considerable time past, being chiefly used as a receptical for stolen property and for harbouring prisoners of the worst description and as such daring robberies as have of late been committed could not have been effected unless these places of receiption for stolen goods were known to be in existence and as there cannot be a doubt but that John Mayo was well acquainted with and encouraged the disorderly conduct which was daily carrying on under his roof, he is forbed in future to exercise or carry on either directly or indirectly any trade whatever; confining himself entirely to his trade as a barber in the service of government. He is further directed to give up possession of the house he at present occupies to the Registered Overseer Mr. Elliot on the 24 September 1825 [2]

In November 1826 while in government service, John Mayo was charged with disorderly conduct...... George Furby (Furber) states - John Mayo came to my father's house accompanied by another man and called for a gill of spirits which was served; he drank all except about three parts of a glass full which he offered to his companion who refused it upon which he turned round and threw the spirits in my face. I was blind the whole of the evening from the effects of the spirits in my eyes. Edmund Butterworth states - I was present on Monday evening when Mayo threw some spirits in the face of the last witness. I do not think he did it with any intention of hurting him, I did not suppose but that it was done in joke. The prisoner states in his defence - I am in the habit of dealing at
Mr. Smith's and his son George has frequently thrown in fury the remains of spirits in glasses on me. I had no intention of doing him any injury and I am sorry for the pain he has suffered; I have been in the watch house two nights on this charge. John Mayo was admonished and discharged. [3]

In January 1828 John Mayo was appointed constable at Newcastle and in the Census taken in November 1828 he was noted as 'free by servitude', so that when he was found guilty of the following crime, his punishment was less harsh (solitary confinement rather than flogging) than if he was still serving his sentence:

The baptisms of the first three children of John and Elizabeth - Catherine in 1828, Henry in 1829 and Francis in 1831 took place at Newcastle however at the baptism of Elizabeth Ann in 1832 their address is given as Maitland.

Elizabeth established a store in Maitland and by 1838 they were proprietors of the Maitland Wine Vaults. John was issued with a publican's license in June 1838 [7]. Their fortunes improved to such an extent that in 1838 they were able to purchase 300 acres of land near Maitland. They had several more children all born in Maitland - James, Caroline Susannah, John Thomas and George William.

Although it was John Mayo's name on the publican's licence, Elizabeth often ran the hotel in his absence. Later he was granted a licence for premises known as the Hunter River Hotel which was situated in Melbourne Street, East Maitland. This was either in the same premises or near by.

The premises were offered for sale in Janaury 1855. The advertisements give an indication of the extent of the success of John and Elizabeth Mayo........

The licence for the Hunter River Hotel was taken out by Enoch Cobcroft in 1855. He began some extensive renovations and John Mayo lived long enough to see his old hotel lit up with 200 gas lights in 1856......