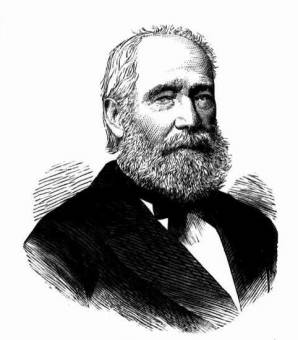 The Lady Rowena was built in Montreal in 1825. Her Master on this voyage was Bourn Russell.

Lady Rowena departed Cork on 19 January 1826, being the next convict ship to leave Ireland after the departure of the Mangles in October 1825.[2]

Some of the female prisoners to be embarked on the Lady Rowena may have been held in the Depot at Cork prior to transportation - Owing to a delay in the works, the hulk stationed at Kingstown, near Dublin, had not yet been occupied; and the hulk 'Surprise,' at the Cove of Cork, continued to receive the (male) convicts from all the gaols. The depot at Cork (which was well conducted) remained a sufficient prison for the accommodation of the female convicts prior to embarkation. [2]

Robert. Espie was employed as Surgeon Superintendent. Although his medical journal for this voyage does not seem to have survived, his attitude towards and treatment of female prisoners can be gathered from the two voyages he made on other female transport ships the Lord Sidmouth in 1823 and the Elizabeth in 1836. On these two voyages punishments included the women being sent to the coal hole or having their heads shaved.

The Lady Rowena arrived in Port Jackson on Wednesday 17 May 1826, a voyage of 118 days. She was the only vessel to bring female prisoners to New South Wales in the year 1826.

Until 1825 Frederick Goulburn held the position of Colonial Secretary in New South Wales. In June 1825 Alexander McLeay was appointed to the position.

Alexander Macleay arrived on the Marquis of Hastings on 3rd January 1826 and from this time forward more detailed information was recorded in the convict indents. Previously at most the name, age, place and date of trial, native place, trade and physical description were set down. After Alexander McLeay took over the position the indents revealed details such as name, age, education, religion, marital status, family, native place, calling, offence, when and where tried, sentence, prior convictions, physical description and to whom assigned on arrival. Occasional information regarding relatives already in the colony, deaths and colonial sentences were also often recorded.

The Lady Rowena was the first female convict ship to arrive after Alexander McLeay took over duties. He held a muster on board on Saturday 20 May which for the first time revealed the marital status and number of children of the prisoners. Fifty-three of the prisoners were single women, the rest being married or widowed. All the single women were of child bearing age and yet only three admitted to having children. Of those married or widowed, many left children behind in Ireland.

The youngest female prisoner on the Lady Rowena was Susan Nesbitt who was 16 years of age. One of the oldest women to ever be transported came on the Lady Rowena. Catherine Finn was 80 years old when she arrived in May having been sentenced to 7 years transportation for passing bad money. She died in the Female Factory in November that same year probably never again seeing her son who had arrived in the Sir Godfrey Webster the previous January.

In the indents Ann Byrne has the remark 'not embarked' beside her name. She was tried in Dublin on 18th August 1825 and sentenced to 7 years transportation. Bridget Leonard was tried at the same time for the same offence. Bridget Leonard was transported on the Lady Rowena however Ann Byrne was not embarked and came later on the Brothers convict ship arriving in February 1827. She was afterwards required to prove her identity as the indent on the Brothers stated she was a prisoner for life instead of 7 years.

William Maxwell Shaw Stewart departed the colony on the Lady Rowena bound for London early in August - passengers Mrs. Woods, widow of Lieut. Woods late of the 3rd regiment, Drs. Kelly and Doyle, R.N., and Lieut. Pigot with a detachment of invalids [3]


Convicts of the Lady Rowena identified in the Hunter Valley -

1). Mary Farrell (or Clynch) who arrived on the Lady Rowena was probably the wife of notorious Patrick Clynch (per Isabella) who was a member of bushranger gang Jacob's Irish Brigade

3). Caroline Regan's husband was already in the colony.

4). Bridget Leonard's husband Patrick Doyle was a prisoner in the colony

5). Eliza Green's husband arrived on the Sir Godfrey Webster in 1826

7). Margaret Campbell, Susanna Nesbitt, Eliza and Catherine Reynolds, and Thomas Flynn were indicted for an assault and robbery on the person of Thomas Hughes, a servant out of place, who, being sworn, deposed, that about three weeks ago, on a Sunday night, or rather on Monday morning, being denied entrance into his lodging, he took shelter in Saint George's watch house, in Frederick lane. The prisoners, Margaret Campbell and Catherine Reynolds, came in the course of the morning; he went towards Usher's quay about six o'clock and was accompanied by prisoners, who went wit him into a grocer's shop in Barrack street, where he called for spirits, with which he treated them, and which he paid for out of a pound note that he took out of a purse that contained two notes of five pounds each, and nine half crown pieces; the reason for his wishing for change of the pound was to have the silver to make some purchases of clothes at a broker's. The women saw the purse, which had the appearance of having money in it; when leaving them, they asked him to go with them to see where they lived; he went with them to Wood lane, and while talking to them at the door of a low house, was forcibly dragged in and thrown into a bed near the door, which was sunk about two feet and a half below the level of the floor; there were two other women in the house; the four threw themselves on him, while Margaret Campbell tore off the pocket of his pantaloons, in which was the money. While they were endeavouring to overpower him, he kept crying out 'robbery!' 'murder'. etc when the prisoner, Thomas Flynn, appeared at the window, with his coat and hat off; witness called on Flynn to assist him, who came in, darkened the window, and shut the door, to which he put his back, while the women were rifling him; when they got the money from his person, they all went off except Susanna Nesbitt, who offered witness a needle and thread to mend his pantaloons, which were torn; witness was perfectly sober; had the women taken into custody that and the next day. It appeared in the course of the trial that Catherine Reynolds, an old and miserable looking woman, was most active in the robbery. Flynn, on being taken, attempted to escape, but afterwards acknowledged that he saw the robbery going on but received no part of the booty. The prosecutor, Hughes, underwent a long cross examination as to the cause of his being out so late, and how he had spent the preceding night, but nothing whatever was elicited that could invalidate his testimony. During the whole of the trial a most hideous picture of depravity was exhibited with respect to the women; the old woman was mother to the others. The Jury after deliberating some time, found all the prisoners guilty. They were not sentenced, but were told by the Recorder that transportation for life was the greatest mercy they could expect.- Freeman's Journal 8 August 1825

8). Elizabeth Smith alias Hamilton, was indicted for a burglary in the dwelling house of the Rev. John Kinahan at Kneekbreda near Belfast on 29th January last. Rev. John Kinahan - On night of burglary 29th January some person entered his pantry and stole some silver spoons and wearing apparel - missed them next morning - he had a party the evening before, when he saw the place - the window was found open the next morning the wearing apparel belonged to his servant - recovered the place on Monday, his servant is not here. James Hunter constable - Produced some silver spoons which last witness identified as his property apprehended prisoner in John Haliday's public house in Hillsborough on Sunday evening and got the spoons and a cream ewer in her possession. Prisoner told him that she got the plate in France - that her husband was a sergeant and she had had the place four years. Not guilty of burglary - guilty of stealing - to be transported for life.- Belfast Newsletter 25 March 1825

9). Convicts and passengers of the Lady Rowena identified in the Hunter Valley

10). After off-loading prisoners in 1826, the Lady Rowena under Captain Bourn Russell made two more voyages to Australia before departing a third time in 1830. On this third 1830 voyage Bourn Russell intended to enter into the lucrative business of hunting whales. See North to Matsumae, Australian Whalers to Japan. Part 1, The Voyage of the Lady Rowena.

The two boys mentioned below were the sons of Captain Russell:

At daylight on Tuesday, 2 November 1830, a gun was fired from the Lady Rowena preparatory to sailing from Port Jackson in the colony of New South Wales, but as both the wind and tide were in, the order to weigh anchor was not given until 10 a.m. Aboard the ship, two boys were about to begin an education and an adventure that would exceed any that most young men would ever experience in a lifetime. During the following twenty months, they would endure the extreme conditions of spectacular sub-Arctic places of ice and snow, and see the power of typhoons, earthquakes and volcanoes. The boys would receive instruction in the sciences of climate, geography, botany and navigation, while they carried out hard physical work and suffered the privations and dangers of life on board a sailing ship.........Extract from North to Matsumae, Australian Whalers to Japan by Noreen Jones.

12). Henry Chamberlain Russell was a son of Bourn Russell


Descendant Contribution Mary Connor arrived as a convict on the Lady Rowena. Mary was born in Limerick City and employed as a house servant and dairywoman. On 23 July 1825 she was convicted of house breaking and sentenced to 7 years transportation. She led a colourful life after her arrival and was in and out of the Parramatta Female Factory several times before marrying convict John Morrison in 1835. Select here to read a timeline of her crimes and punishments after arrival. Contact Descendant

[1] Parliamentary abstracts, containing the substance of all important papers 1825