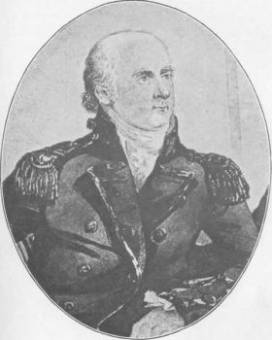 Philip Gidley King was born 23 April 1758. He served in the Channel Fleet from January 1780. In the Ariadne he served under the command of Arthur Phillip.

In 1783 King sailed to India on the Europe with Arthur Phillip who formed a high opinion of his merits and afterwards became a friend and mentor to King of many years standing.

On their return from India, since peace had been made, King was paid off.

In October 1786, as soon as Arthur Phillip had been nominated to command the expedition then setting out to establish a penal settlement at Botany Bay, he chose Phillip Gidley King as second lieutenant in the Sirius, in which he was himself sailing.

King was twenty-nine years of age when the First Fleet set sail in 1788.

On 25th November 1788 Phillip took King with him when he transferred to the Supply in the hope of reaching their destination ahead of the main fleet. A fortnight after they arrived King was selected as an officer of merit … whose perseverance may be depended upon to establish a subordinate settlement on Norfolk Island.

In March 1790 Philip Gidley King sailed for England on Phillip's orders to report on the difficulties of the whole settlement; he became ill with gout during the voyage. In England on 2 March 1791 King was promoted commander. On 11th March he married his cousin Anna Josepha Coombe at St. Martin-in-the-Fields, London.

Philip and Anna Josepha King sailed in H.M.S. Gorgon (Captain Parker) leaving England on 18th March 1791 to return to Norfolk Island where King took up his commission as lieutenant-governor.

Their son Philip Parker King was born on Norfolk Island on 13 December 1791.

In New South Wales by 1795 Philip Gidley King had become extremely ill and Governor John Hunter gave him leave of absence to return to England to recover his health. He returned to England on the Britannnia and remained in England until November 1799.

Having been appointed Governor of New South Wales Philip Gidley King and Anna Josepha returned to Australia on the Speedy where he took up his appointment as 3rd Governor of the colony. Only their daughter Elizabeth sailed with them, their son Philip Parker King and daughter Maria King remained in England.

Philip Gidley King returned to England on the Buffalo, departing Sydney in February 1807. .......At 2 o'clock on Sunday afternoon His Excellency the late Governor and Family finally embarked on board His Majesty's ship Buffalo for England, accompanied to the Wharf by His Excellency, who expressed the most sensible regret at taking leave. His Honor the Lieutenant governor and many Officers attended also to share in the last duties of respect. At half past two the boat left the wharf, and was saluted by His Majesty's ship Porpoise as she passed; the following morning His Excellency's dispatches were on board, and on Tuesday the ship sailed. Governor King designing to touch at Norfolk Island on his way. - Sydney Gazette 15 February 1807

Philip Gidley King died on 3 September 1808 and was buried in the churchyard of St Nicholas, Lower Tooting, London. After his death Anna Josepha and her family returned to Australia. Anna Josepha passed away in 1844 and was buried at St Mary Magdalene's Church near Penrith, NSW.

1. Portraits of fifty-eight descendants of Philip Gidley King who answered the Empire's Call in the First World War

7. James Hardy Vaux also returned to England on the Buffalo in 1807

8. Amongst the despatches carried home in the Buffalo in 1807 was a report sent by Gov. Bligh detailing the state of Public Buildings of Sydney -