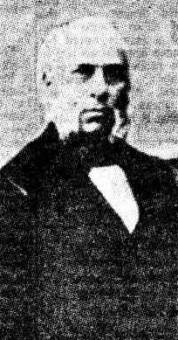 John Stephen Hampton was born in Scotland. [2] He was awarded a medical diploma at Edinburgh in 1828, and in January 1829 entered the navy as an assistant surgeon. He served in the Britannia and went to Mexico in the Sphinx. In May 1832 he successfully applied for three months leave to study and in June was awarded the Edinburgh certificate. He was then posted to Plymouth dockyard, where he distinguished himself in the prevention of cholera. [4]

John Hampton first came to Australia on the Immigrant ship Florist arriving in Sydney on 26 October 1839.

He was employed as Surgeon-Superintendent on three convict ship voyages to Australia:

He next came to Australia on the Maitland in 1846 having been appointed Comptroller-General of convicts in Tasmania, a post he held until 1855 when he returned to England on the Nimrod. [5]

He remained in England long enough to be included in the 1861 Census. which revealed that he and wife Mary were both born in Scotland. He was 50 years of age and Mary 51. Their son George Essex, age 24, was born in Stonehouse Devon and was employed as an office clerk. They resided at 44 Queen's Gardens Marylebone, London. [2]

John and Mary Hampton returned to England in November 1868. He died in on 1st December 1869 in Sussex -

The Will of John Stephen Hampton, late of St. Leonard's-on-Sea in the County of Sussex, formerly Governor of the Colony of Western Australia who died 1st December 1869 was proved by the oath of George Essex Hampton, the sole Executor. [3]

John Stephen Hampton was Governor of Western Australia from 1862 to 1868, John Stephen Hampton administered the colony in an arbitrary fashion and created unrest among the free settlers. Nevertheless, his handling of the convicts was good and his public works programme was of lasting value to the colony. Hampton was born in 1809 and entered the medical branch of the Navy. In 1843 he visited Tasmania as surgeon-superintendent of the convict ship Constant. In 1845 he again visited Tasmania, and this time reported adversely on the conditions under which convicts served in the colony. The following year he was appointed comptroller - general of convicts, a post in which he was effective but also coldblooded.

In 1855, when the Tasmanian Legislative Council opened an inquiry into the conduct of the convict department, Hampton refused to give evidence on the grounds that the department was under Imperial, not local, control, and in this he was eventually upheld by the Privy Council. He was appointed Governor of Western Australia In 1861, reaching the colony in 1862. In 1868, when transportation to Western Australia ended, Hampton retired from office. He died in England the following year. - Canberra Times 12 October 1963

[3] Ancestry.com. England and Wales, National Probate Calendar Principal Probate Registry. Calendar of the Grants of Probate and Letters of Administration made in the Probate Registries of the High Court of Justice in England. London, England