Some may have been transferred to Newgate prison to join the women already incarcerated there to await transportation.

By the time the prisoners were being embarked on the Lord Melville, Elizabeth Fry had been visiting prisons in England for over three years however her visits did not become regular until Christmas 1816 three months after the Lord Melville sailed.

Although some changes had taken place in the intervening years, Newgate remained a place of riot and mayhem. In Visits to Female Prisoners at Home and Abroad, the behaviour of women sentenced transportation to Botany Bay on the night before their departure was described .....

&'the women would pull down and break everything within their reach; even the forms were destroyed, and the fire places pulled out, after which they went off shouting with the most shameless effrontery.' [4]

One hundred and one female prisoners were embarked on the Lord Melville in London.

Bad weather had caused great delays in departing England and one account reported that they had been detained on board six weeks waiting for orders and were to be disembarked and sent to Millbank penitentiary instead of being transported to New South Wales, however this was not to be and the Lord Melville departed England on 15 September 1816. [3]

Barron Field, recently appointed Supreme Court Judge of NSW and his new wife Jane (Cairncross) came passengers in the Lord Melville. He kept a journal on the voyage which described the delays caused by bad weather......

It was on the 28th day of August, 1816, that I embarked at Gravesend; and, sailing the following morning, we soon reached the Downs, where we could not come to anchor, the wind blowing hard on shore. In the evening of the 31st so violent a gale came on, that several coasting vessels were wrecked in the night, and even our own topmasts were damaged.

The gale lasted all night, and in the morning it was our lot to pick up from their boat five men and a boy, the crew of a sloop laden with Portland stone from Weymouth. The vessel, which could not be lightened, soon afterwards went down in our sight. We now found ourselves near Cherbourg, and therefore tacked to make for Spithead, to repair our tops. The wind by this time abated; the morning of the 2d day of September dawned calm and fair, and we found ourselves off the Isle of Wight. It was not till the next morning that we could attain an anchorage in St. Helen's roads, where we eventually waited for a fair wind twelve days.

On the 16th day of September we weighed anchor for the last time; and it cost us three or four days more to pass the Land's End. We posted rapidly through the Bay of Biscay in a gale, but not before the abatement of the wind gave us full proof of the heavy swell of this far-famed caldron. [5] 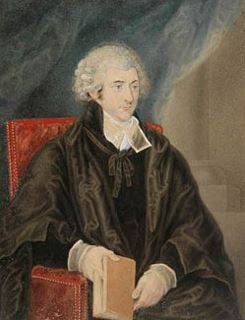 Sixteen free female passengers and 41 children were also on board.

The women were not mustered by the Colonial Secretary on arrival as was usual, but by Captain John Maunder Gill, an Officer of the 46th regiment. They were mustered on the 27th February and were reported to be in good health, only four being confined in the ship's hospital on that day.

Between eighteen of the women they brought 32 male and female children with them. The convict indents reveal the prisoners' name, age, when and where convicted, sentence, calling and occasional information re Tickets of Leave. The names of the married women's husbands are revealed in some cases because of the method of identifying them e.g., Phillis, the wife of Samuel Gordon. Twelve of the women who arrived on the Lord Melville were under the age of 21 years.

Francis Oakes was Superintendent at Female Factory at Parramatta at this time. Select here to read the evidence he gave to Commissioner John Thomas Bigge in 1819 regarding the distribution of female convicts and their transfer to Parramatta.


Fourteen of the prisoners have been identified residing in the Hunter Valley region in the following years.

Conduct of the Female Prisoners

Surgeon Daniel McNamara wrote a letter of commendation from the Lord Melville after arrival in Sydney:

27th February 1817
His Excellency Governor Macquarie,
I beg leave to submit to Your Excellency's notice, the female convicts whose names are insitu underneath and who have lately arrived in this ship from England. Their conduct which under my Superintendence has been very deserving and I am confident that any indulgence which Your Excellency may deem admissible will be received by them with gratitude and thankfulness. Dan McNamara, Surgeon Superintendent [1]

Later, in December 1817, Barron Field was asked by Governor Macquarie his opinion of the conduct of the females on the Lord Melville:

I have to say that the women were treated very well and behaved as well as could be expected from their habits and character. They were certainly permitted to cohabit with the Officers and seamen; but it is but justice to Mr. McNamara the Surgeon Superintendent of the ship to say that this practice was permitted before he joined the ship which he did not do till sometime after the women had all embarked, upon the supersession of another surgeon.

He certainly might have reformed this practice, but to prevent connexion between the women and the seamen would I am convinced be quite impossible, even if the hatches had been battened down every night. I cannot speak to what passed on board in harbour as immediately upon the vessel's coming to anchor both at Rio de Janeiro and here I quitted the ship. On the whole however, I believe there was as little immorality on board the Lord Melville as it is possible should prevail among such a ship's company of different sexes, so brought into contact. Of this I am sure, that a decent exterior was preserved; and though I bore the relation of only a fellow passenger towards the convicts, yet I flatter myself that the high office I was destined to fill here operated as some moral check upon them; and I read prayers to them on every Sunday when the weather permitted, after which I alway took occasion to give them some moral or religious exhortation. [2]

Barron Field disembarked from the Lord Melville at 1pm on Sunday 2nd March 1817. The Governor's barge came alongside the ship and conveyed him to the Governor's Wharf and a salute of 13 Guns was fired from Dawes' Battery in honour of his arrival. [6]

The Lord Melville departed Port Jackson bound for Batavia in May 1817.

1). Descendant Contribution: Frances Johnson was one of 99 women who arrived on the convict transport Lord Melville in 1817. Select here to read an interesting account of the voyage of the Lord Melville written by descendant Brian Wills-Johnson.

3). The Lord Melville was one of two convict ships bringing female prisoners to New South Wales in 1817, the other being the Canada. A total of 188 female prisoners arrived in the Colony in 1817.

[4] Visits to Female Prisoners at Home and Abroad

[5] Geographical Memoirs on New South Wales: By Various Hands ... Together with Other Papers on the Aborigines, the Geology, the Botany, the Timber, the Astronomy, and the Meteorology of New South Wales and Van Diemen's Land 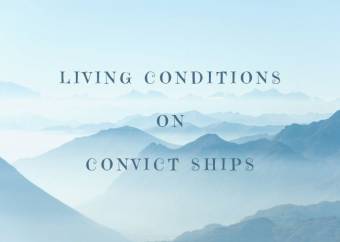