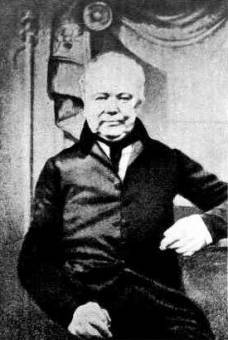 
Lieutenant William Lawson was appointed Commandant at the penal settlement at Newcastle in December 1808 to replace Ensign Villiers who returned to Headquarters in Sydney.

Lieut. Lawson did not arrive in Newcastle until mid January 1809. The Sydney Gazette gave the following account of his perilous overland trek which was undertaken at the height of summer -

THE Estramina which sailed for Hunter's River a fortnight since, with William Lawson, Charles Throsby, W. Davidson and Kent, Esquires, on board, was by strong southerly winds driven to Port Stephens, between 20 and 30 miles to the Northward of King's town, from whence the above Gentlemen chose rather to travel on foot, than await a change of the wind; the journey was performed in the course of a day, which was extremely hot, and rendered still more disagreeable by a 20 miles traverse on a deep sandy beach, where a drop of fresh water was not to be procured.

From Mr. Throsby we have the satisfaction to state, that this accidental inconvenience may be productive of future benefit, as he had reason to suppose from observation, strengthened by the information of the natives, that there was a fine fresh water river in that neighbourhood, the banks of which were wooded with immense quantities of cedar.

The Estramina got safe into King's town on the second day after, and returned here (Sydney) on Thursday with Messrs. Throsby, Davidson and Kent; also Lieutenant Villiers, of His Majesty's New South Wales Corps and Lady. [2]

In November 1809 Lieutenant Thomas Wright of the 73rd regiment was appointed Commandant in the temporary absence of Lieutenant Lawson who had gone to Sydney on the Lady Nelson.

Lieutenant Lawson returned to Newcastle early in December 1809 to resume his duties. He remained Commandant until February 1810.